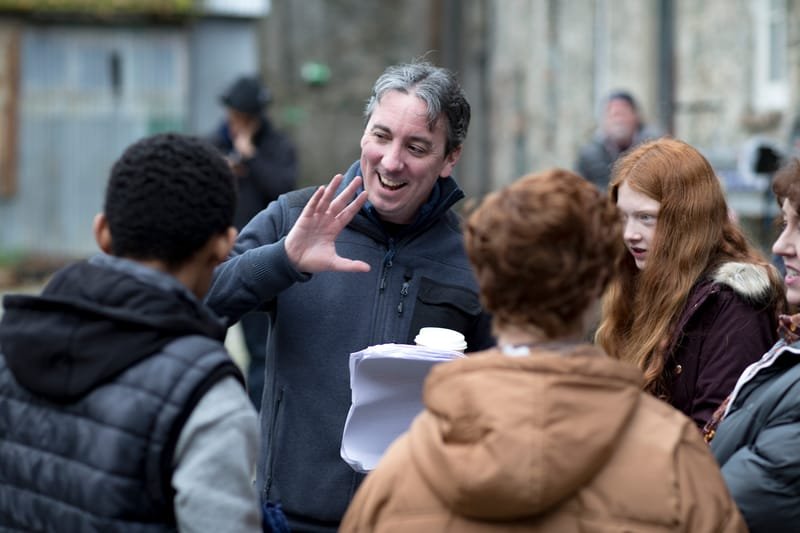 "The Man With The Plan"

The company is led by Keith Farrell, although born in Dublin, he has lived in Manchester for seventeen years.  He began is career at Granada Television's department of documentaries learning his trade the old fashion way, in the production office, on location and on the studio floor.  Since going freelance in 2006, Keith has established himself on both sides of the Atlantic as one of the most creative and innovate film makers in the business.

Keith is a multi-award winning, four time IFTA nominated director.  In the last three years he has taken the step into narrative fiction, directing three successful short films including "Rabbit Punch" which was recently accepted into the Academy Awards qualifying In The Palace Short Film Festival and which won Best Short Film at the Omaha Film Festival.    In his 17 years as a documentary maker, he has made a diverse range of films, including the multi-award winning "A Terrible Beauty...." which was nominated for four IFTA awards, winning Best Cinematography and the concert film/docudrama "Death or Liberty" which won best documentary at Spotlight Documentary Film Festival in Atlanta and was nominated for best documentary at the 2016 IFTA's. His first short film,"Jubilee Nurse" won the Consulate Award at the Chicago Irish Film Festival and a Remi for Best Historical Short at WorldFest in Houston. He recently completed a children's drama, "The Hunger Times" a short film made for children about the Irish Famine which was screened as part of the Coming Home: Art and the Great Hunger Exhibition. He directed Old Hall Films first production "Girl Alone", which premiered in the Oscar qualifying competition at the 31st Galway Film Fleadh.  He has just completed his first feature film, "Wait for Me", which will premier at the Manchster Film Festival before a general release in early summer 2023.

As a director Keith is noted for his ability to bring out the best in the production teams he works with and his creativity in developing new ideas and winning commissions from broadcasters and independent funders alike.   He has won numerous industry awards for his writing and directing.